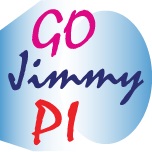 this is some more information about the author.

Here are some notes on single-step JTAG debugging the Espressif ESP32 using the Tigard from...

git tangle: how to replace an entire branch

When things go really sideways and the GitHub master branch of a fork is so...

So you have a ULX3S and want to connect via SSH. The ULX3S is cool...

Getting Started with wolfSSH for Espressif ESP32

Some note on the development of the ESP32 SSH Server. TL;DR Don’t use WSL while...

Getting Started with wolfSSL for Espressif ESP32

Some tips for using wolfSSL on the Espressif ESP32 Getting Started with wolfSSL for Espressif...

wolfSSL install Some tips on hooking up wired-ethernet ENC28J60 to the ESP32. I found this...

By default the Ubiquiti EdgeRouter-X acts as a swtich, meaning packets from other ports will...

As part of my homework and class project for the Making Embedded Systems class, here...

Various tips and reminders when developing for the ESP32. Problem: Forgot how to program with...

Some information on using Segger JLink to OpenOCD GDB debug an ESP32 project, specifically my...

Some notes on a sample wolfSSL project for the ESP32. the wolfssh include directory needs...

Some notes on RISC-V debugging. There are JTAG interfaces avilable on many hardware devices for...

Some notes on setting up the wolfSSL SSH project. See also the ESP32 SSH Server...

NOTE: This page is retained only for historical / reference reasons only. GH Pages fails...

(draft / WIP v2) I was inspired by a tweet from Andrew Zonenberg: what is...

The first search result from 2015 was this little gem: GitHub pages runs Jekyll in...

(draft - WIP) I’ve been wanting to learn more about some of the EDA tools...

The Envos BenchBox 3 has some upgrades, and possible hardware modification due. If like me,...

These are my notes on sniffing Ethernet packets with the Radiona ULX3S FPGA. I first...

Here are some tips in creating a new GitHub Pages virtual directory: what didn’t work....

I’m using the defauly Jekyll sytax highlighter that works well, until it doesn’t. Reminder that...

I was inspired by the little icon on the jscroll site. I’d like to have...

Another cool feature I wanted to fix was the infinite scrolling of blog previews. This...

What’s a blog without dark mode? My prior blog home had only dark mode. I was inspired by Aleksandr’s blog with a clever little lamp that toggles between light and dark mode.

Migration from BlogSpot to GitHub Pages

As convenient as blogger.com marginally is... I've decided enough is enough with the wonky editing,...

This a blog about NordVPN (and networking setup in general) for the Ubiquiti EdgeRouter X. If you are...

Here are some notes on programming the Lattice Semiconductor iCE40 FPGA chip. This is supplementary...

These are my (admittedly sometimes long and rambling) thoughts and more of a "review" of...

Setting up Cisco Linksys EA3500 as WiFi to WiFi (STA mode) to have wired ethernet...

I spent a ridiculous amount of time trying to persuade native Raspberry Pi OS to...

Some notes on setting up a fresh Raspberry Pi. TL;DR Edit 4 files on the...

Over the weekend, I received my EEZ Bench Box 3 that I backed on Crowd...

The Woodpecker boards shares the USB 5VDC line with the power input. I use a...

This is a continuation of my prior blog on limit switch mounting hardware design for...

This is a continuation of my prior blog: The road to CNC3018 Limit Switches. These parts...

The road to CNC3018 Limit Switches

Notes on CNC for PCB Milling and SMD Solder Masks

Some time ago I bought a personal CNC machine, as I had always wanted to...

I bought my first-ever reflow oven!  I've been wanting to learn to solder SMD devices...

In my previous post on the iCEBreaker Bitsy FPGA - early adopter version, I mentioned...

A couple of weeks ago, I ordered the early adopter iCEBreaker bitsy FPGA board. It arrived...

Today I received a DM on Twitter asking for help to program an FPGA (specifically...

This weekend I went from File-New-Project, Right-Click - Build... to a ULX3S bit file! This was...

After the previous pains of getting Circuit Python to just build for the FOMU, it...

I started down the road of learning FPGA Circuit Python last month, with the (admittedly...

My next post (aka notes to self) on getting a RISC-V compiled app onto the...

First .. the exciting news: With 24 days still left in the Crowd Funding Campaign,...

RISC-V on the ULX3S with LiteX

Today is ULX3S Campaign Launch Day on Crowd Supply !! As I write this, funding...

Some notes on setting up a soft RISC-V CPU to run Circuit Python. I started...

In the category of "why didn't I do this sooner" - I finally setup my...

C# on the Radiona ULX3S using the nanoFramework dotnet CLR

It has been over a year since I first learned about the Radiona ULX3S development...

Embedded C# on the ULX3S ESP32

My January efforts have focused on writing C# on an embedded device. Yes, you read...

Today I learned that IceStudio supports the ULX3S ! I thought I'd first try it...

Visual Studio has a tremendously helpful code generator for accessing a SOAP API without needing...

Some notes on the NanoVNA -  The tiny, inexpensive Vector Network Analyzer. A few months...

This blog is a walk-though using the Visual Micro Arduino IDE in Visual Studio 2019...

I've been learning about FPGA devices... recording my thoughts, experiences, and technical notes here on...

April has been the month to learn about Visual Studio Editor Extensions. Weekend #1 was the...

March has been FPGA learning month. I created some examples that were accepted by emard...

Last year, I wrote about the ALINX AD/DA Module that I found on fleabay. Anyone interested...

I want to better understand my new ULX3S, and I was hoping to use FOSS...

I continue to learn about my latest gizmo that arrived all the way from Croatia...

I first learned about the ULX3S via the Hackaday Article last month. (see also hackster.io) There...

In my prior blogs, I wrote about the difficulties I encountered in using WSL for...

As noted in my prior blog on nextpnr, WSL does not support graphic apps. Yes,...

RISC-V on tinyFPGA-BX via WSL with nextpnr - Part 3

After getting the tinyFPGA working with the yosys / Arachne-PNR / icestorm toolchain as noted...

In my previous blog, I wrote about the problems I encountered with programming the tinyFPGA...

Recently, I encountered a problem getting the tinyFPGA BX to be recognized in WSL. I...

I recently backed an interesting SPIdriver project on Crowd Supply . For as little as...

Pushing a button. From afar. With LoRa.

This blog entry is about pushing a button. Seems simple enough, eh? Except when the...

I keep seeing these AD/DA modules on ebay, ( such as this one) but I've...

FPGA programming the Lattice Semiconductor iCE40 Ultra Plus Breakout Board. (work in progress, come back...

I found an inexpensive C/TCP-IP, the Embedded Protocol Stack for the Kinetis Arm Cortex-M4 book...

In my last post, I took the latest Preview 1 version of VisualGDB for a...

Recently there was an exciting announcement from the clever folks at sysprogs: Support for the...

The Magic of Visual Studio and GitHub Integration

The more I use Visual Studio 2017 and the integration with GitHub, the more I...

Today I'm trying to use the AVR serial port on a custom ATMEGA328 board. TL;DR...

Today I revisit my old friend, the Microchip Atmel ATMEGA328P (aka Arduino Uno), although this...

Last month I started working on a project to control GPIO pins on a device...

This is a continuation of my previous blog: M5Stack LoRa Range Issues . TL;DR The M5Stack...

I decided to finally learn how to program an FPGA! Here are some first impressions...

Sino:bit - Arduino, OpenOCD and GDB? A little while back, I responded to an offer...

TL;DR;  Dont leave aws_interact_gui.py running! In my previous post, I wrote about my first impressions...

The state of Internet of Things (IoT) Security is a disaster. Hardly a day goes...

Having an embedded crypto chip to offload SSL processing for say, an ESP8266 sounds really...

After my last post on installing OpenWrt on a Cisco/LinkSys EA3500 to stream RTL-SDR data...

OpenWRT on EA3500 with RTL-SDR Stream

Recently I saw an interesting rtl-sdr article with a YouTube video on setting up a used...

While working on my flow and pressure project, I stumbled upon a notice that Adafruit...

I've been working with the ESP8266 for quite some time now, but I've only programmed...

Converting a Blue Pill STM32F103 board to a Black Magic Probe

Recently, I learned about the really awesome Black Magic Probe - an interesting JTAG and...

This in a continuation from part 1. If you need help connecting the ESP32 to JTAG,...

The developers for Visual Studio Code  continue to amaze me by implementing really awesome features. This...

While working on my OpenDPS Project I needed to use OpenOCD onw Windows. I cheated...

Once again, I found an awesome project via twitter, this time from Johan Kanflo  via...

Last month I saw an intriguing article on creating a Z80 CP/M Emulator on my...

Setting up AWS CLI for IoT

I've been wanting to get my ESP8266 to talk MQTT to AWS. steverino on twitter...

More on Segger J-Link and VisualGDB.

In my previous post , I explained the problem of J-Link JTAG drivers being changed by...

Fixing J-Link "No emulators connected via USB": How to have J-Link work for both Segger Utilities and VisualGDB (although probably not concurrently)

I recently discovered that none of my Segger J-Link utilities worked any more. My fix for: "No...

Notes and information on JTAG Debugging the ESP32 WROOM-32 (aka DevKitC, aka ESP32_Core_Board_V2) I started...

How to setup an IIS web site to access Microsoft SQL and Analysis Services (SSAS aka OLAP) and...

VisualGDB vgagent.exe went missing - Norton thinks it is a virus

This morning my VisualGDB starting giving me problems with weird error messages about a missing file...

My go-to development tool so far for the ESP8266 is still the Visual Micro add-in for...

To date, my go-to development environment - in Visual Studio 2015, is the VisualMicro add-in....

I've learned quite a bit about OpenOCD, my new Bus Pirate, and JTAG during the...

why arduino apps are called sketches

While watching an Arduino class on PluralSight, I learned that the Arduino IDE is based...

Cut the cord yet? COMCAST wants customer to sign NDA for refund.

and cable companies wonder why they have been losing customers for years.... http://arstechnica.com/business/2015/05/read-the-nda-a-comcast-customer-was-told-to-sign-to-get-a-600-refund/?comments=1 Copyright (c)...

woohoo!! ok, I've spent more time trying to get the WiFi working than anything else. I...

Hello World! (on my RPi)

so one of the reasons I bought my RPi was to build a syslog server....

My Rpi Works Ok Initial Display On My_4

My Rpi works! Ok, the initial display on my old tv was rather poor, but...

As I Wait For My Rasppi To Arrive Ive_2

As I wait for my RaspPi to arrive, I've been reading more about Arduino. It...

Raspberry Pi Is Not Only Kid On Block_2

Raspberry Pi is not the only kid on the block. Intel recently announced their latest ...

I ordered a new Raspberry Pi this week from amazon! Copyright (c) gojimmypi all rights...