These are my notes on sniffing Ethernet packets with the Radiona ULX3S FPGA.

I first learned of emard’s ethernet example when I recieved an email for a new issue. I promptly ordered a LAN8720 PMod as well as a ST7789 SPI TFT LCD.

The verilog source code is surprisingly short. Packet capture and display driver in less that 350 lines of code, including comments.

Keep in mind this is an very primitive and limited example. For one, the arp reply contents are hard coded. Still, it is an impressive proof-of-concept.

Wiring is quite simple: the connectors on etiher side of the ULX3S have pins specifically arranged to allow PMOD modules to be directly connected. 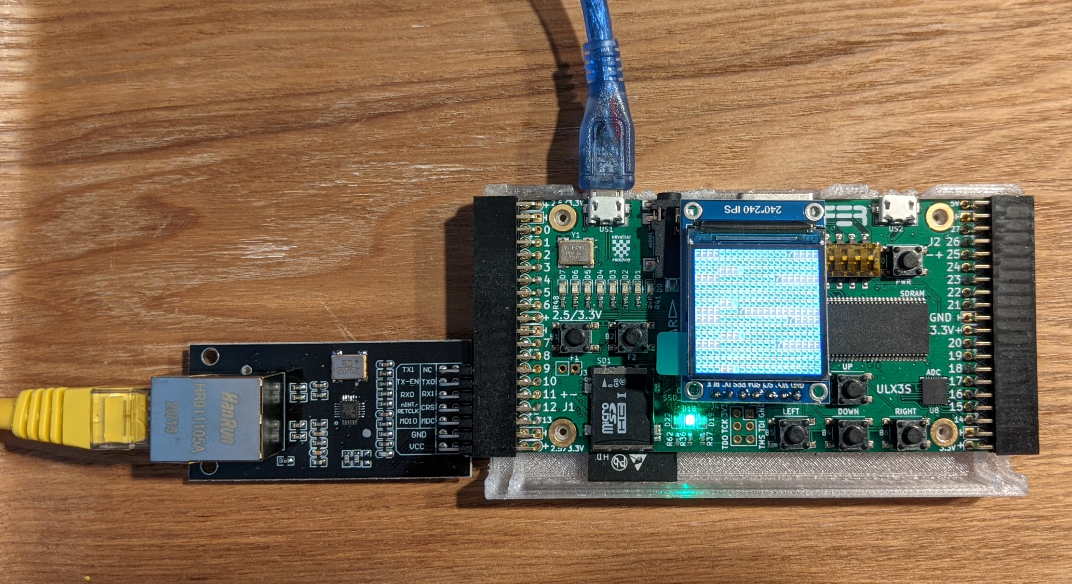 The header on the left side is J1 with this pinout: 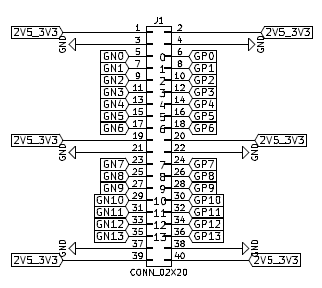 Note that this example also requires vhd2vl and as noted in docs:

To install, copy the resulting src/vhd2vl file to someplace in your $PATH, like $HOME/bin or /usr/local/bin.

I didn’t have this installed, so:

I already had the yosys/nextpnr/trellis installed:

Note that I was doing this on WSL1, which does not support native USB devices. Thus in the ulx3s-misc/scripts/trellis_main.mk I needed to make a change to instead call the Windows/DOS exetable version of fujprog.

In all, it was really quite easy to get it working!